Regarding a rental unit at:  71st Ave.,, Vancouver, BC


Date of Hearing: January 25, 2018, by conference call.   Date of Decision: January 25, 2018     Attending:    For the Landlord: Bob Peterman   For the Tenant: Glen Warren, Andrea Alexander, his next door neighbour, Stephanie Lightfoot, his assistant and Aaron Rice, tenant in upstairs unit

Introduction:  Both parties and witnesses for the tenant attended the hearing and gave sworn testimony. I find the One Month Notice to End a Residential Tenancy dated December 4, 2017 to be effective January 5, 2018 was served by posting it on the door. The effective date on the Notice is automatically corrected to January 31, 2018 pursuant to section 53 of the Residential Tenancy Act as a one month Notice to End Tenancy for cause must give a full month's notice and according to section 47(2) (b) end the tenancy on the day before the day in the month that rent is payable under the tenancy agreement.  The tenant served the landlord personally with the application for dispute resolution and obtained signed acknowledgement.  The tenant applies to cancel the Notice to End the Tenancy for cause pursuant to section 47 of the Residential Tenancy Act (the Act) and recover costs for the filing fee.  The tenant also requests an Order that the landlord comply with section 28 of the Act and cease disturbing his peaceful enjoyment.

Preliminary Issue:  Validity of Notice The tenant said the Notice to End Tenancy was on an older form.  He described it as a two page Notice dated 2007, with the date and effective date on it.  On page 2, the landlord had checked the cause listed in section 47(d) of the Act, “the tenant or a person permitted on the property by the tenant has (iii) put the landlord’s property at significant risk.   I find the Notice is valid as the names, addresses, dates and the cause is completed.    Issues:  Is the tenant entitled to any relief?

Background and Evidence: Both parties and tenant witnesses attended the hearing and were given opportunity to be heard, to provide evidence, to question each other and to make submissions.  The l tenancy began on or about April 2013, the current rent is $880 a month and a security deposit of $430 was paid. The landlord served the Notice to End Tenancy pursuant to section 47 for the following reason: “the tenant or a person permitted on the property by the tenant has put the landlord’s property at significant risk”.

The landlord explained the tenant had put the property at significant risk in three ways:
Page: 2

1. He built a fire pit in the backyard and he and neighbours sit around it partying.  The landlord said this poses a significant risk of fire to the building. 2. The tenant put structures in the backyard adjoining his and his neighbour’s suites.  This was described as decking with a roof and the landlord said it is against the Bylaws and could be a hazard to the building. 3. The tenant refuses to clear out items he has stored in the underground parking garage although he has been notified many times to do this.  This is a possible fire hazard and is against building bylaws.

The tenant and his witnesses replied to the causes listed by the landlord.  The tenant said the so-called fire pit is an 18” fire bowl that uses propane.  It is legal everywhere, even during a fire ban.  His witness A.A. said they used it legally to camp during the camping season while there was a fire ban.  The fire department has visited the property and found it was legal.  It is on common property but the owner gave permission for him to do what he wants with the garden area at his own expense.  The owner lived there in an apartment until about a year ago and his son lived there too.  None of the owner’s relatives now live in the building.  The tenant said he will not turn the propane fire on again if that will lessen the manager’s tension.

The tenant again asserted that the owner gave him permission to do what he wanted at his own expense.  He erected a couple of decks and maintains the yard with flowers and vegetables and the neighbours enjoy it.  He has never been notified by the city of any infringement of their bylaws by these two structures.  He said the owner has been back several times and even took guests from a wedding over to view the property because it is maintained so well.  He said these structures do not put the landlord’s property at risk in any way.

It appears the storage of items in the underground garage has been a problem.  The tenant said people move in and out and things get left there.  However, he asserts and was supported by A.A. that he cleared his items such as a motorcycle and other items out of the garage by selling them or moving them to a farm property.  A.A. listed all the items she helped sell and move in a letter. He admitted he built a rack and has a canoe and paddleboards on it and had the permission of the owner to do that.  However, he said he will remove them today if that will lessen the tension between the landlord/manager and him.  He reiterated the stuff in a dumpster and other items are not his.

The tenant’s witness A.R. said he had lived in the building about 161/2 years and the manager came to the building shortly after him.  He said some items in the underground garage such as a motorcycle and canoe were the tenant’s but lots of items there were the manager’s or other persons’.  He said the fire pit is enclosed, he saw no sparks and in his opinion neither it nor the decks pose any hazard.  He has met the owners and they have never expressed any concerns to him about risks or hazards to the building.

The tenant said he is concerned with the significant disruption of his peaceful enjoyment by the continual harassment of the landlord.  He said during the conference, the landlord put another
Page: 3

One Month Notice to End Tenancy for Cause for the same reason stated today.  In September 2017, he had a hearing on a One Month Notice as well and it was set aside and cancelled.

The landlord denied the owner ever told the tenant that he could do what he wanted with the yard.  When asked why the owner was not attending to give evidence, the manager said he looked after everything and the owner did not know about the hearing.

Analysis:  The Notice to End a Residential Tenancy is based on cause pursuant to section 47 of the Act. The onus of proof, on balance of probabilities, is on the landlord to prove they have good cause to end the tenancy.

I find insufficient evidence that the tenant’s actions in having a propane fire pit outside, or building two decks has put the landlord’s property at significant risk.  The landlord provided no professional evidence from the city or fire personnel to state that these actions contravened bylaws or were hazards.

Furthermore, I find the tenant’s evidence regarding the clearing out of his items from the underground garage is more credible than the landlord’s as it is supported by his witnesses who observed it and helped him.

I find the tenant’s evidence regarding owner permission to do what he wanted with the yard is credible.  His credibility is supported by the fact that the owner lived there during the tenant’s tenancy and has visited from time to time and has made no written objections to what has occurred.  Also, the owner did not attend to give evidence.  I find this improbable if his property was being put at significant risk by actions of the tenant.

I find insufficient evidence to support that the landlord has cause to end this tenancy.  The tenancy is continued.

In respect to the tenant’s request that the landlord protect his peaceful enjoyment as he is required to do by section 28 of the Act, I find the weight of the evidence is that the manager is significantly disturbing his peaceful enjoyment by serving him Notices to End Tenancy without details of the allegations.  As a result, I find the tenant felt compelled to file 43 witness statements testifying to his good behaviour and incidents with his dog.  The landlord also filed witness statements concerning the dog and noise complaints which were the subject of the prior hearing in September 2017.  During the conference, the tenant said he got another Notice to End Tenancy citing the same reason as today and the manager also said he would keep taking the tenant “to court”, according to witnesses.  Ending a tenancy is a serious matter especially in today’s housing market and I find these Notices pose a significant disturbance to the tenant. While it is the legal right of a landlord to serve Notices to End Tenancy, I cautioned the parties that at some point the Director may refuse to accept an Application for Dispute Resolution if pursuant to section 62(4)(c), it is found to be an abuse of process.
Page: 4


I find the weight of the evidence is that the manager/landlord is significantly disturbing the peaceful enjoyment of the tenant by constantly threatening his tenancy, accusing him of drunken behaviour, of threatening him, of putting garbage in front of his door and of stealing another tenant’s clothing.  The manager has called the police several times and animal control but there is no evidence of any charges being laid by police.  I find the evidence of the tenant’s many witnesses contradict the manager’s description of the tenant’s actions.

Conclusion: I set aside and cancel the Notice to End Tenancy dated December 4, 2017 to be effective January 31, 2018 (as corrected). The tenancy is continued. I find the tenant entitled to recover the $100 filing fee by deducting it from his next rental payment.  I find the landlord is significantly disturbing the peaceful enjoyment of the tenant.

I HEREBY ORDER THE MANAGER/LANDLORD to cease disturbing the peaceful enjoyment of the tenant.

I ORDER that the tenant may recover his $100 filing fee by deducting it from his next rental payment. 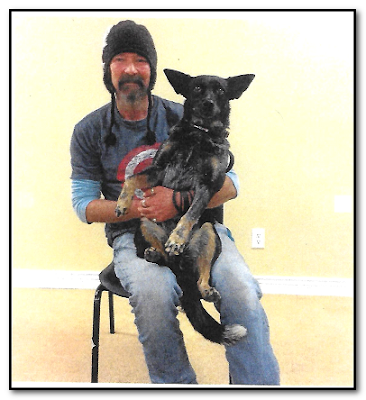